Charlene sat cross legged in her VIP booth at the club. Across from her sat the mayor of Mountain River, one of her earliest clients.

The Mayor was in the midst of begging her, "Charlene, you really have to help me."

Charlene replied, "What is it this time sweety? Did your zipper get you in trouble again?"

He chuckled as he replied, :You know me too well. Can you make this story go away?"

She said, "Of course sweety. Give me her name and number. I’m sure she will see the benefits of silence with enough encouragement. You did bring along some encouragement didn’t you?"

The Mayor slid an envelope thick with bills across the table. "Her name and number is inside."

Charlene opened the envelope and gave the thick wad of bills a ruffle with her thumb before closing it again.

"You have to do me a favour in return sweetie."

The Mayor replied, "Anything for you, darling." before toasting her with a swig of his cocktail.

"Find me an address that goes with this plate." She passed him her cell phone with a picture of the back of Luc’s Challenger.

The Mayor speed dialed the number for the chief of police. Within a minute he scribbled a rural address on a bar napkin and pushed it to Charlene.

Charlene smiled at him, "Thanks sweety. Take care now."

The Mayor got up and pulled on his coat. He leaned to pass around the profoundly large boy toy that was standing guard at Charlene’s table.

Charlene took a long look at the address on the napkin and swallowed the last ounce of her drink before leaving the bar to find this man.

The low rumble of her car’s AMG engine echoed intermittently off the trees growing to the edge of the rural lane. Luc’s address was far off the beaten path, nestled in the thick forest along the river.

She heard loud music as she rounded the final corner to the yard.

Several dozen vehicles were scattered in all directions. Some were in obvious states of mid repair. Others were works of automotive art, gleaming still under the setting sun. She recognized the new truck used by the band she had just signed.

A dozen musicians were playing their hearts out on a low boy transport trailer. Two drummers were providing the beat for a trailer full of guitar players, singers, hangers on and bass players. She parked her car and went looking for Luc. 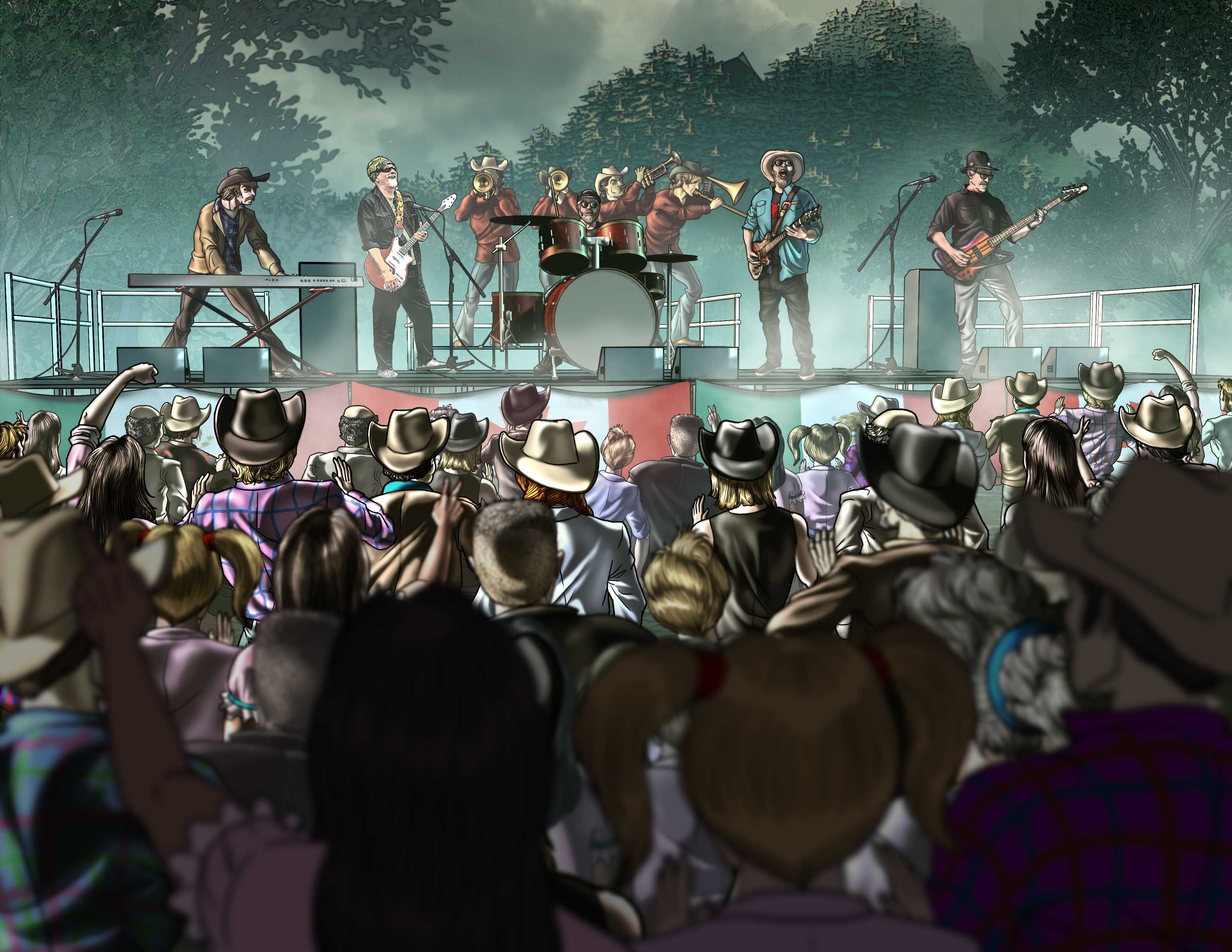 She found him at the back of his shop, wearing a grin and sucking back a beer.

Luc yelled out in surprise, "Well, well. Look who shows up uninvited."

Charlene came back at him, "You’re a hard man to track down."

"Not if you know where to find me. I’m usually here. This is my happy place. No women, good tunes, cold beer."

Charlene said back, "Well if there’s no women and cold beer, I’m in."

Charlene walked to the vintage refrigerator at the back of the shop, opened the door and pulled out two beer. She looped one expertly behind her back, flying it straight at Luc’s face. He caught it by instinct as she opened her own.

Charlene pointed toward the musicians playing outside. "So how do you know all these riff raff?"

Luc said, "I am, as they say, a patron of the arts. I provide the beer and a place to play and I get to enjoy some fine free music."

Charlene replied, "Well. I just recently got into music management myself. I see you already know the boys in my band. The Dirty Dirty Devil's."

"Ray and the boys? Saw them down at the club and invited them out. They’re pretty good. And by that I intend the highest Canadian compliment."

Charlene chuckled, "Yes, but they’re Canadian, so talent is not enough.  Thank goodness they have sex appeal."

She clinked beer cans with Luc and sat close beside him on the fender of his Challenger. She moved along to the beat of the music and calculated the number of beers she would pour into him before he became compliant.

Touching his bicep through his t-shirt she guessed at least a dozen.

With that, she tipped her head back and shot the rest of her beer can like any regular Alberta girl would.